"The roots don't depend on the tree. The tree depends on the roots." / "As raizes não dependem da árvore. A árvore depende da raíz."


If you have no confidence in self you are twice defeated in the race of life. With confidence you have won even before you have started. - Marcus Garvey 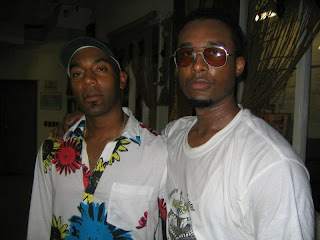 The lack of serious Black participation in Capoeira Angola in the United States is both striking and sad.  Striking because Capoeira Angola groups in the United states are for the most part located in urban centers with large African Diasporic or Black   (i.e. Dominican, Puerto Rican, Continental Africans, African Americans, French speaking and English speaking Caribbian) populations, and sad because Black communities in the United States would benefit from the serious practice of Capoeira Angola because of its ability to promote physical, mental, and emotional well being.
Certainly many Black people in the United States have had the opportunity to see Capoeira Angola, or even experience it in a class or two.  It would seem like a natural fit.  Martial arts, music, acrobatics and group ritual are all part of the traditional and modern day Black experience.  However, because of a historical lack of strong leadership among angoleiros interested in bringing Capoeira Angola to Black communities, it has yet to take root.  To successfully take root within a community an art form must move from being a novelty, to community members learning the basics, and finally to the community expressing it’s experiences and yearnings through the art.
We have an example of this concept of artistic root taking in the growth of hip-hop throughout the African Diaspora.  Hip-hop, a manifestation of Africa in the United States, hit the scene in the late 70’s and early eighties.  With the help of television it was broadcast around the world.  The art of the descendents of Africans enslaved in the United States speaking their truths touched the souls of Africans whose ancestors had been enslaved in Cuba, Brazil, and Columbia. Even beyond touching the souls of Africans outside of Africa, hip hop music, dance, and dress is being practiced by continental Africans from Algiers to Zimbabwe, and from Seirra Leone to Ethiopia. In all of these cases the desires, the joys, the pains, and the visions of the communities engaged in hip-hop are expressed through the art form in an organic and genuine manner.  Often the hip-hop coming from Black people outside of the United States sounds more beautiful and is more meaningful than the hip-hop being done by the Black communities that created it in the United States. 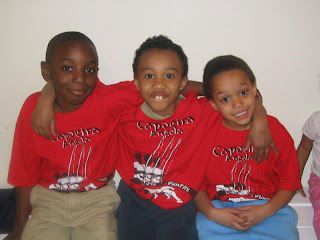 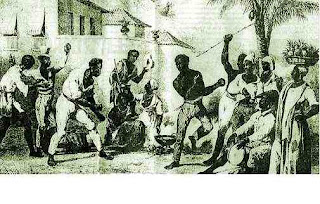 --- Written by Chicago of the Low Country Capoeira Angola
Society
Posted by Capoeira Africana at 4:41 PM

About Us / Sobre Nos